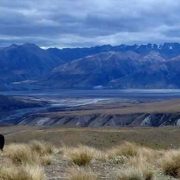 This may not be common knowledge to most, but I love to hunt. Being a Huntaway cross bred, the clue is in the name. Although it could be argued that based on that theory, I should also love Whisky, seeing as I was named after one (Oshy is short for Auchentoshan). In reality, I’m more of a Strawberry Daiquiri kind of guy, but I digress.

Every day, without fail, the human who lives with me, who goes by the name of ‘E’, takes me out for a hunt. Whether its to the local dog park, beach, forest or just around the suburbs, the pack will head out in search of prey. E may refer to it as ‘walkies’, but what he’s really saying is ‘lets find us some dinner’.

Admittedly, pickings have been a little slim, with predominately wing-assisted prey to stalk. They seem to enjoy taunting me, flying just out of striking range. Undeterred, I still give them the chase of their life, sprinting uncontrollably after them, as they cower in fear a good 20 meters above me, pretending not to care.  After a good fifteen minutes of this, I have to resign myself to dog biscuits, again. So you can imagine my excitement when I was taken to a new hunting ground, with an additional human hunting buddy, going by the name of Adam, on a sunny Friday morning. 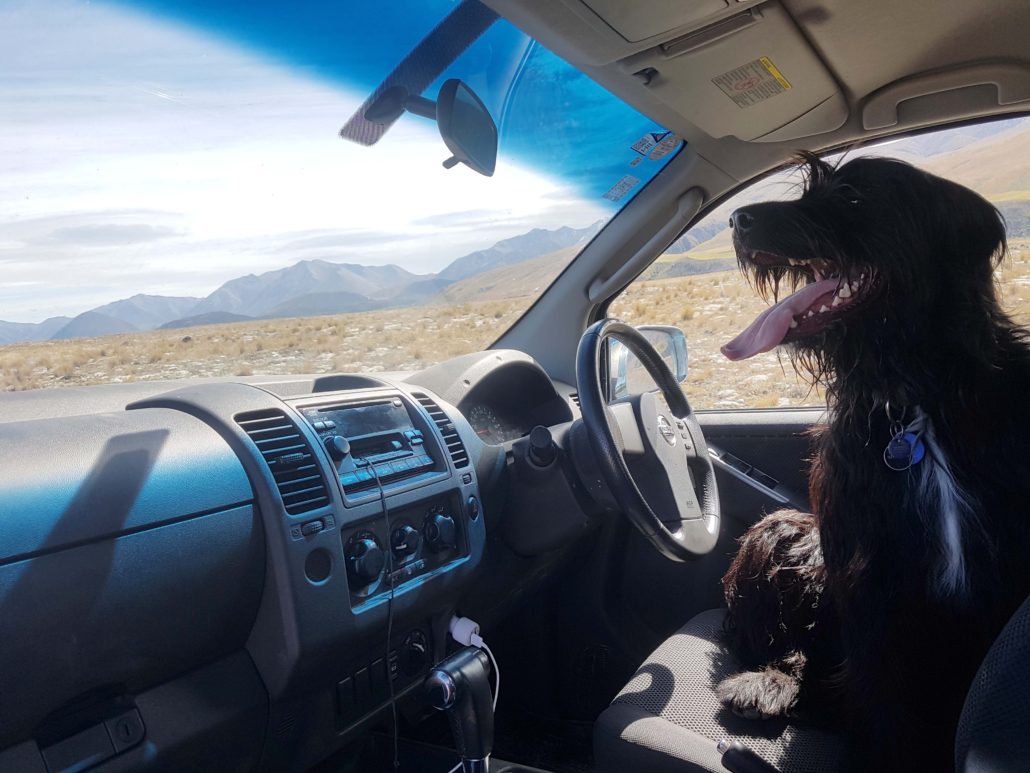 Eager to get into those fertile hunting grounds

After a two hour drive from Christchurch, we arrived at the Hakatere Conservation Park. Our destination was Mystery Lake, which presumably was named after the mysteriously large amounts of potential prey that can be found in the area. We pulled over onto a 4×4 track, and began to unload the truck. Eager to assess the new hunting grounds, I bounded out the truck to be met with… emptiness. Not a rabbit, sheep or even a bird to chase. What was more puzzling was that E and Adam somehow seemed pleased with this dire situation.

As the humans pottered about, I instead focused on the surrounding landscape, seeing as there was nothing else to stalk or chase. Huge, open, low lying scrub land extended away in all directions, eventually meeting mountains on the horizon, that seemingly sprang up out of nowhere. The scenery consisted of various shades of brown, giving the area a desert-like feel, which suited the blue skies that hung above us. ‘Maybe they’ll have zebra’ I pondered.

(It’s worth pointing out at this stage that, unlike all other dogs who see in black and white, I’m fortunate enough to be able to distinguish different colours. Just before you ask) 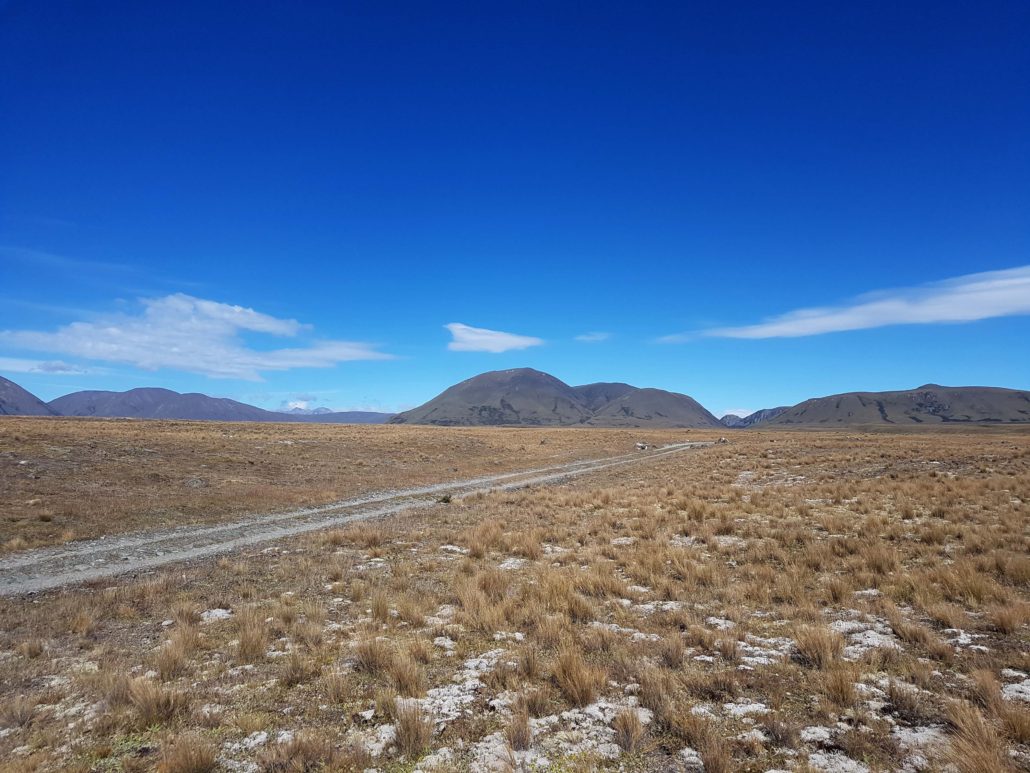 I turned back to the humans, who began unloading some bizarre, metal machines. They each clambered onto their device made of circles and triangles, and began to glide forward, their legs rotating rhythmically. To be honest, I had no idea what was going on, but frankly I didn’t care. We were in new territory, with new beasts to stalk. The hunt was on…

After traveling several kilometers, on a gradual incline I might add, I had to admit that my enthusiasm was starting wane a little. We had seen approximately zero game, as we continued to follow the 4×4 track towards the mountains. The only highlights were several streams we crossed, giving me the opportunity to freshen up. I had to remind myself that when you go on safari, you can’t expect to see an antelope waiting for you at the door. ‘Good things come to those who wait’ I thought… as I waited for the humans to catch up.

The track passed between Dog Hill (nice) and Mt. Guly, as we neared the head of the valley, and the humans were provided with their first view of the day. I know this because they dismounted their triangle and circle apparatus, and began to wave about these small, rectangular objects. Occasionally I was asked to sit and lay in various locations, which was fine, but I was mindful that all this commotion would reveal our position to all the edible wildlife on offer. Don’t get me wrong, the view was lovely, with the Big Hill Range on the left and the tail end of the Wild Man Brothers Range on the right, the edges of the ranges sliding down to the braided river below. But a view doesn’t put dinner on the table, and it was time to relocate. 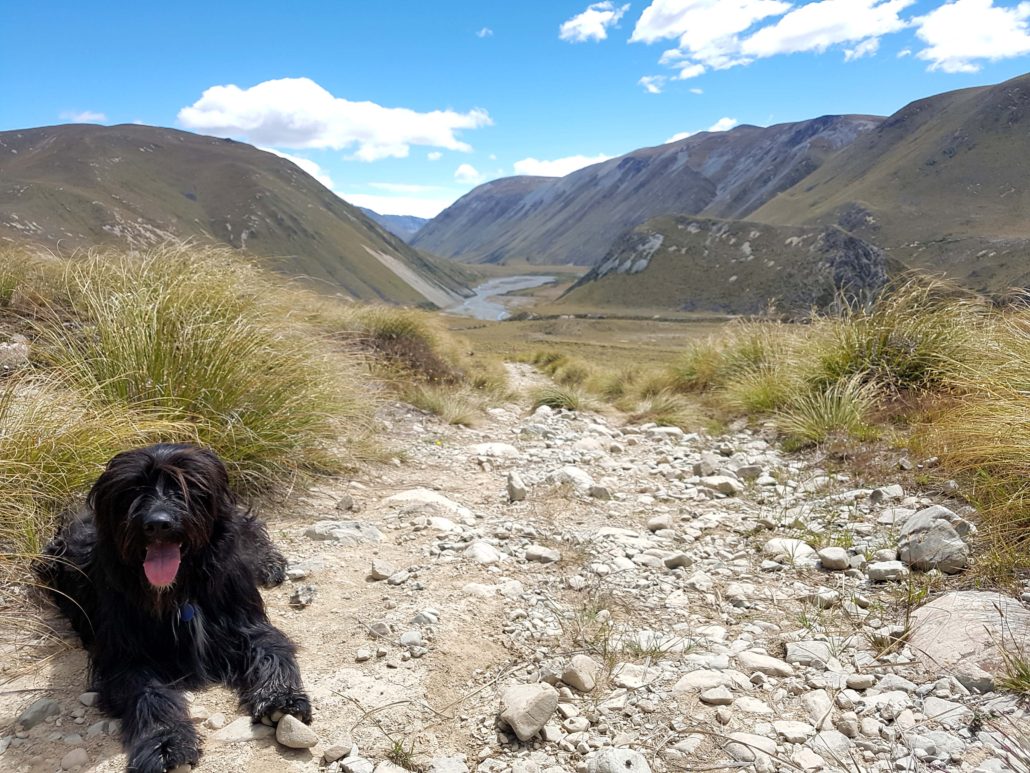 We headed down into the valley, along a rocky trail, for what seemed like only a few hundred meters, before turning onto the Potts Hut Track. This caused some large, audible groans from the humans. It appears their fancy machines are of no use when you have to travel uphill, and they were reduced to walking, like I had been, for the past hour and a half. So for the next 30 minutes, we all walked onwards and upwards. Although you would have thought it was hours based on the amount of bitching the humans did. 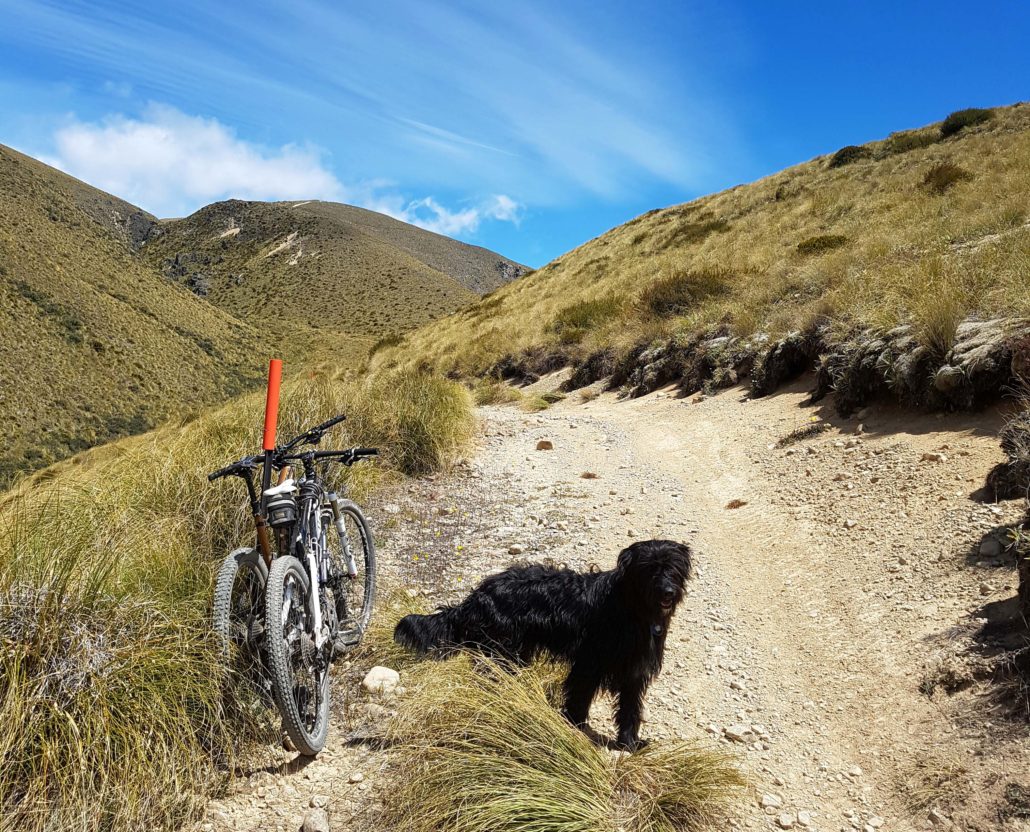 As the track steepened, the pack began to split apart, with Adam falling behind slightly. I did my best to run between the two humans, attempting to boost morale with my tireless energy, but to no avail. Instead, I opted to wait at the top, slightly impatiently, while we regrouped. 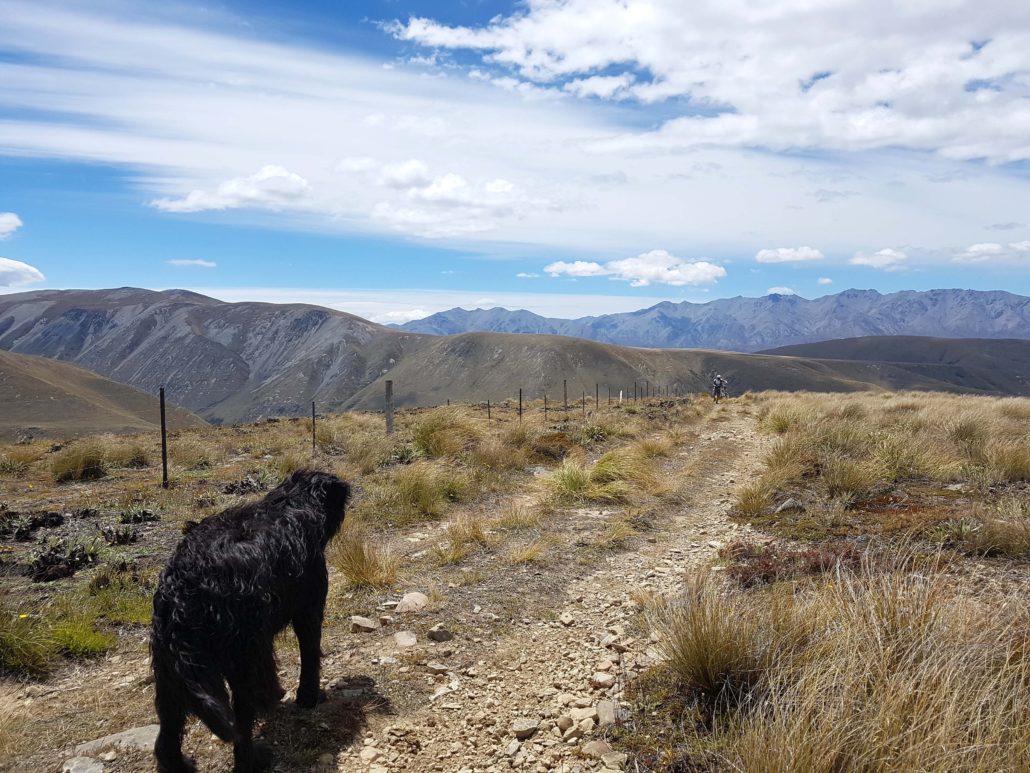 Some were faster than others 🙂

Evidently the pushing and profanities all seemed worth it, as the rectangular objects were once again waved about. The grey, scree topped Mt. Red was now in full view, and the surrounding mountain ranges had begun to reveal themselves. Lake Mystery, our destination, was now visible below us, with a jagged horizon line made up of the Cloudy Peak Range, which seemed apt as the weather was starting to turn. But more importantly, there was a complete lack of  four legged mammals in the general vicinity. I was beginning to get anxious for what Mystery Lake had in store.

Mt. Red in the background

Mystery Lake in the foreground. Cloudy Peak Range in the back ground. Note the lack of wildebeest

Next stop Mystery Lake, onwards and downwards, via the Mystery Lake Link Track. Now, you would have thought after all that pushing uphill, the humans would be pleased for a bit of descent. Well apparently not, as the path was a little ‘non-existent’, to quote E. I looked on in pity as the humans skidded down the loose, rocky slope, trying their best to avoid spikey shrubs and injury inducing rocks. Some proved better at it than others, judging by Adams scream as he fell from his shape contraption. I quickly and selflessly hurried to his aid, lightly skipping between obstacles he had been unable to avoid, to be politely told by Adam to go away. I was starting to feel as if this may not be the best hunting partnership.

As the humans fumbled their way down the hill side, I took the hint, and not being hindered by a lack of a path, ran ahead to inspect the lake’s pickings. On closer inspection, it appeared that the mystery was why anyone would ever want to hunt here. The only significant items to note, were slightly random lake, the Dogs Range (also nice) towering above in the back ground, and zero huntable game. Or to put another way, disappointment epitomised.

The humans, evidently picking up on my frustration, attempted to cheer me up with dog treats, as they once again waved their rectangles about, presumably to prove to any future hunters that Mystery Lake is a lost cause. They also used the opportunity to contrive endless photos of themselves, the lake, the mountains and me. 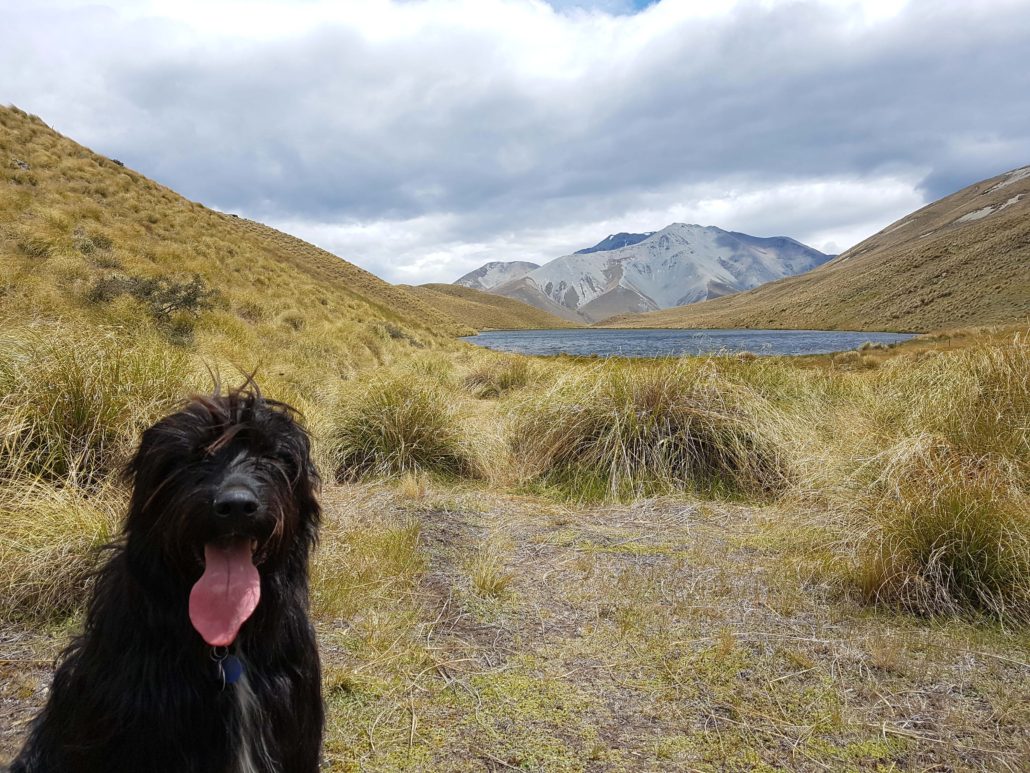 Contrived photo No. 1 – don’t let that face deceive you, this is actually my disappointed face 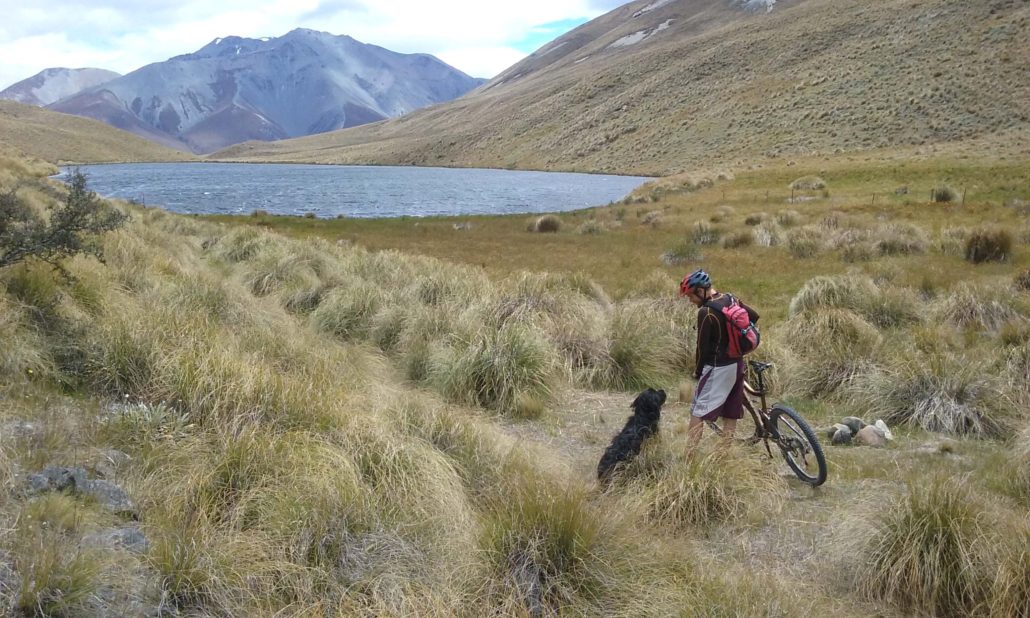 Contrived photo No. 2 – me questioning E as to why we bothered coming here?

With the wind beginning to pick up, we set off on the last leg of the trip, finally bringing this pointless endeavour to an end. The wind was behind us, and with all the climbing we had done earlier in the day, it was a speedy descent back to the car. Considering the path is technically a walking trail, there was plenty of fun, flowy single track sections, with little need for pedalling, which as a dog, I’m sure you can appreciate how much I enjoyed. Judging by the smiles and lack of profanity, it appeared the humans had perked up too. Good for them I thought, as I manically sprinted to keep up with their freewheeling wheeled wheelie things. The landscape became more dramatic as we cruised down the Mystery Lake Track, which runs parallel to the Rangitata River, allowing for multiple, last ditch attempts to spot wild game at Lake Clearwater, Lake Camp and the glaciated valley below. Alas… 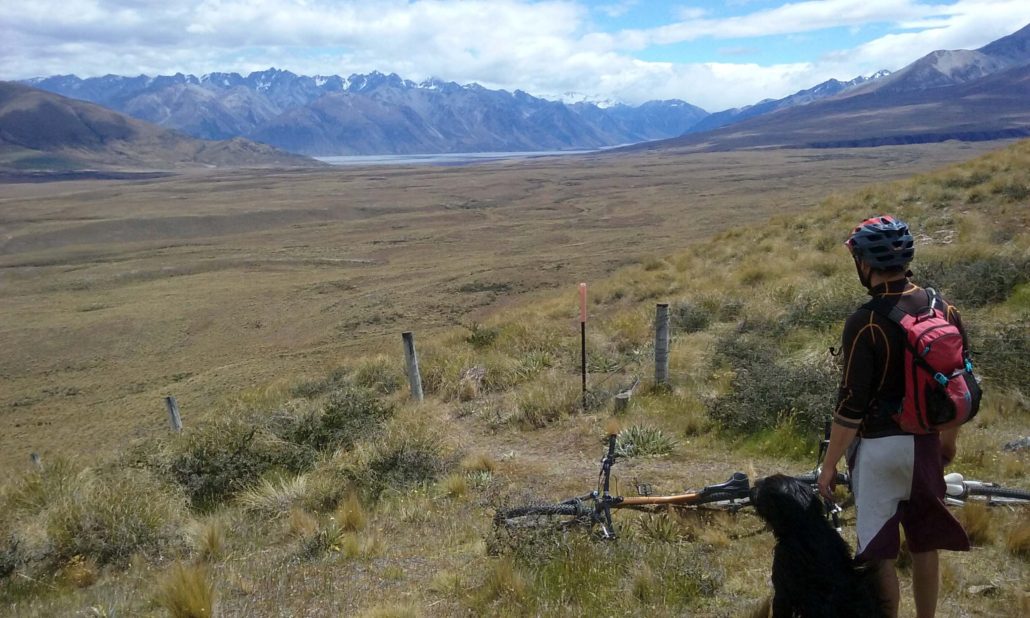 Contrived photo No. 3 – I mean seriously E, why did we bother?

The loop ended on a short section of the famous Te Aratoa Trail, which allowed us to join back up with the 4×4 track we had originally come in on earlier that day. Similar to the walking trails, riding the 4×4 track back to the truck, with its now subtle downward gradient, was actually a lot more fun than expected, and provided an enjoyable, final section of the trip – if you hadn’t already spent the entire day on your feet. 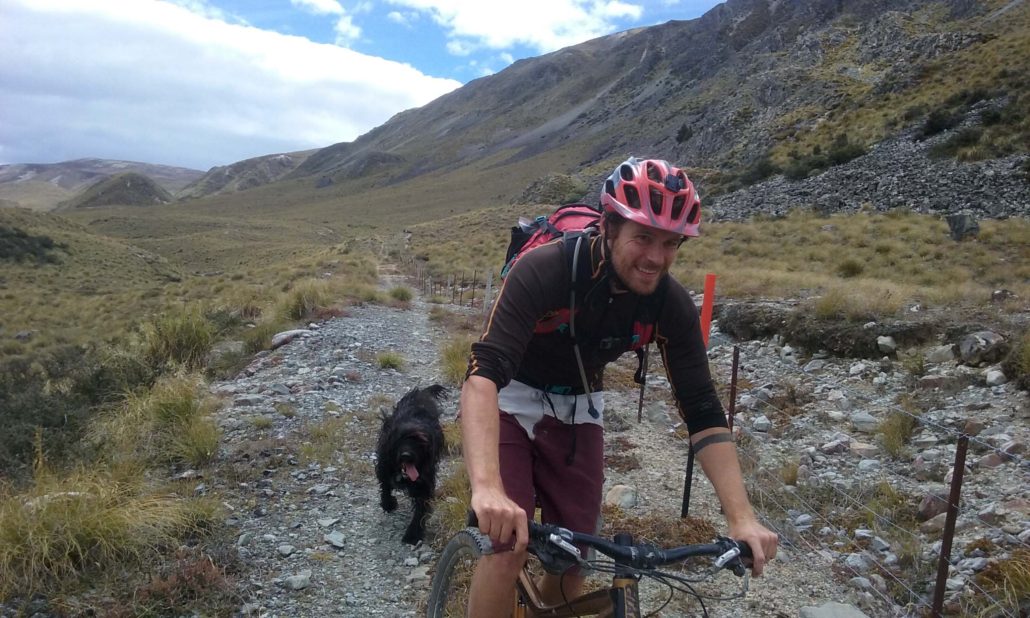 Smashing it down the Mystery Lake Trail

I slept well that night – more out of tiredness, as opposed to dining on a satisfying, freshly caught, free range bit of wild game. I’ve also made it quite clear that I could really do with some booties for my paws. Its been agony using the keyboard these last few days.

Time: 5hrs (although could easily be done in 4hr without all the photo stops) 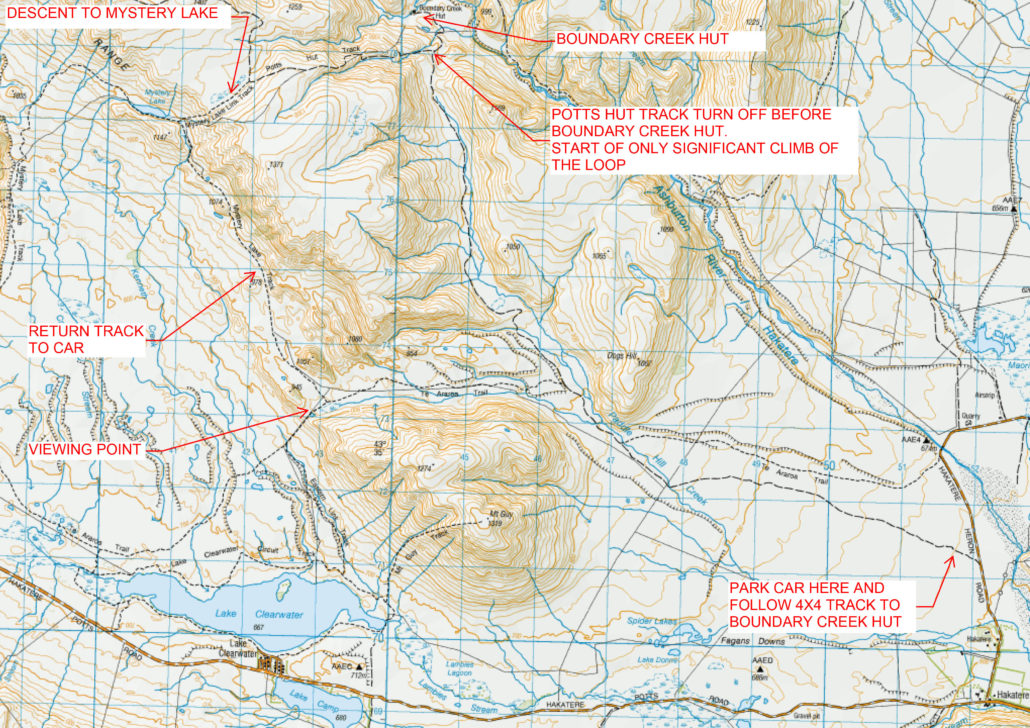