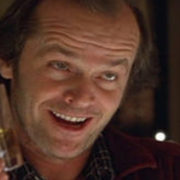 The reason I ask this is because I had to find a bunch of them on Sunday at a NaNoWriMo meet up.

I imagine at this point you’re more concerned with what ‘NaNoWriMo’ is, as opposed to what a combination of berets, smoking pipes and glasses of scotch all add up to.

So let’s deal with that first, and come back to the stereotypes after. Mainly as I’m fairly certain I’ve covered writer clichés in a previous post, and seriously, what the hell is NaNoWriMo?

So, NaNoWriMo is an abbreviation of ‘National Novel Writing Month’. A global challenge to write a 50,000 word novel over the month of November. To put that in normal terms, that’s about 1,667 words a day, or the equivalent of ‘Hitchhiker’s Guide to the Galaxy’, ‘Brave New World,’ or ‘The Great Gatsby’.

Seeing as I’ve not written anything that long before – most of my stories tend to be between 15,000 to 20,000 words – it seemed like a good challenge. It’s more about committing to the word count and process, as opposed to actually writing anything half decent.

So I’ve now got 50,000 words to play with story arks, character develop, foreshadowing and ‘pantsing’. And the month of November to work out what all those things mean.

There are NaNoWriMo groups set up all over the world, and on Sunday the Christchurch branch met in Hagley Park for a pre-NaNoWriMo meetup. Unfortunately, they didn’t bring along any form of signage, resulting in yours truly wandering the café grounds listening out for terms such as ‘story arks’, ‘character develop’, ‘foreshadowing’, and ‘pantsing’.

After an extensive process of elimination – i.e. asking various groups of people if they were part of the ‘Narowi… the writing group people,’ I eventually managed to find a group of very ordinary looking people, with a few books laid out on the floor between them. No beret’s, pipes or glasses of scotch between them. It soon became apparent that I may have over-dressed somewhat. 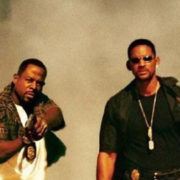 At the moment I’m in the middle of another horror story – yes, there have been a few now – which involves a story line set during the gold rush days of New Zealand. I’ve read a few bits and pieces on the subject, and have decided to just give it a crack and see how it pans out. This is another way of saying, ‘I’ll just sort the details out later’.

In doing so, it’s almost impossible not to base it on stereotypes and tropes from the TV and movies. In this case, a large chunk of material is from a combination of the TV show Deadwood, and Back to the Future 3 (which I think we can all agree… was the best in the trilogy).
But when you find out that the fact is less interesting, or more likely, completely different to the fictional perception of a subject, which do you use? People have an expectation of what gold mining and prospecting is, and it’s invariably based around the American Wild West.

I imagine in New Zealand there were less native Indians, spurs on boots, and ZZ Top jamming at an evening’s dance. The same dance I might add where a reckless Marty disrupts the space time continuum by preventing Doc from being shot in the back by Mad Dog Tannen.

In reality I’m sure it was far more mild-mannered and polite, with native flightless birds, gum boots and… I don’t know, Fat Freddy’s Drop playing somewhere.

It’s a bit like writing a story about a rural police station located in the sleepy, New Zealand countryside, but using the movie Bad Boys 2 as your source material. Yes, it may be factually inaccurate, but it’ll be a more interesting read.
And at the end of the day, its fiction innit… 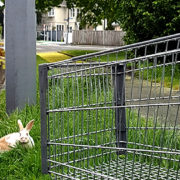 A little unknown avenue of writing that I’ve been exploring, unknown because I’ve not been overly successful at it yet, is magazine journalism.  I found out quite quickly that there are only so many outlets for adventure stories, and even less who may be interested in the adventures that we go on. Then even less again who actually reply to my enquiry emails. And of that few, most aren’t interested in that walk we did up a hill a few months ago.

So the alternative angle is pitching ideas that the magazine reading world might be interested in. Such as ‘Why burning calories makes you fat,’ or ‘What happened when I stopped using my phone for a week,’ (I should point out that the first one I just made up, but I bet you’d like to read about it. And the second one, well, it’s not 2004 is it? No one cares).

My point is, if you haven’t worked it out already, is that I’m now in a constant state of ‘possible story for a magazine’ mode. Whether it’s a conversation I overheard at a café (e.g. Does that band ‘The Naked and Famous’ have any other songs than the ‘Yeah, yeah, yeah, yeah’ song?) or a weird photo opportunity that I didn’t want to pass up on (e.g. the caption for this post), there is always a thought in the back of my mind as to whether it could be turned into an article.

Which is why I’m about to undertake some investigative journalism to find out why so many god damn shopping trolleys get abandoned outside our house. If my hutch is correct, this goes all the way to the top… of our street, to Mrs. Perkins. Every Wednesday I see her pushing her shopping along Cashel Street, and every Thursday there’s a new shopping trolley with a hundred meter radius of our house. 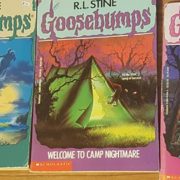 ‘No, I’ve not read the Goosebumps’ books,’

‘Really? Not even the one with the ventriloquist dummies?’

‘Or the one with the haunted house?’

‘How have you not…’ And so the conversation went for a third time that day, when I attempted to explain my purchase of three Goosebumps’ books. Similar to when you don’t know a particular person who is being described, and the person doing the describing just repeats the name of the person to you several times in the hope that hearing said name multiple times in succession is the only thing preventing you from remembering said person. Let’s call him Pete.

Or, while we’re on the subject, the stereotype of the British holiday maker in the south of Spain who just repeats, ‘Cigarettes por favour!’ at an increasingly louder and more threatening tone at the poor Spanish shopkeeper.

In the spirit of reading more horror, and while at a Sunday market while visiting some friends in Melbourne, I came across a collection of Goosebumps books and thought, three for $10, that’s a bargain. Unfortunately, they were three for $12, and as much as I was going to haggle, barter, negotiate, or angrily shout three for $10 por favour, I decided to draw on my experience as a market stall holder, and remember how nice it was when people just pay the asking price.

To be honest, I wasn’t expecting this post to go in this direction. I would have assumed it would have been along the lines of how inspirational the native wildlife is for horror writing, as, you know, it is Australia, and we did see a small spider. But I thought the irony of being the only person in multiple groups of people who hadn’t read any of the Goosebumps’ books, but does write horror, was less obvious. And I got to crowbar in a reference to the market, which is a reference to the dog biscuits, which I’ve not referenced in a while. Basically, this is a ticking box exercise.

Also, I’ve just taken a stab at where the inverted comma should be in ‘Goosebumps Books’. No doubt it’s meant to be after the first ‘s’ or something. 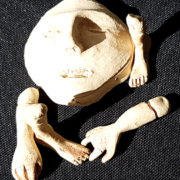