There is a race that is held annually in Methven in Canterbury, New Zealand that involves a combination of skiing, biking and running, all in the name of getting a free beer at the end of it. It’s called ‘Peak to Pub’ and is held towards the end of the ski season, which unlike the majority of the English speaking world, is in September.

The ‘P2P’ route starts at the top of the Mt. Hutt ski field with a 100m mass sprint to the top of a ski run. At that point you don your gear and ski/board/fall/slide/fall again/tumble down a 2km ski run to the first transition phase of the race. At this point you ditch your skiing gear and switch to your biking attire and cycle the ski field access road for 18km. At the end of the ride there is a final 12km cross country run to the finish line in the township of Methven where you’re greeted with a bottle of beer as you cross the finish line. You can enter the event as a team or solo. We opted for a team of three, with each person doing a specific leg of the race: Steve being the snowboarder, me riding the access track and Logan completing the final running leg. 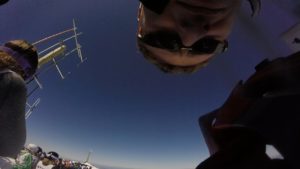 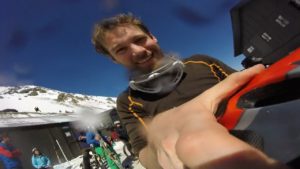 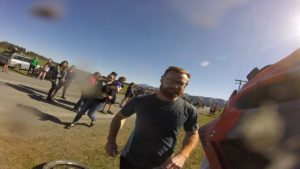 There was a bit of a briefing before the race started, which would normally be of no interest, except for the fact that the organizer asked if there were any Australians here and when the answer came back as no, made a sheep shagging joke. Which I thought was a bit odd coming from a Kiwi. But being a Welshman myself and having to put up with endless sheep shagging jokes, it’s nice to see that it can be applied to almost any nationality, as long as they aren’t present. 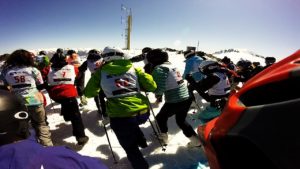 Representing team ‘Wales Rules’ (the team name I selected as I couldn’t think of anything wittier at the time and was obviously in a bit of a patriotic state of mind) for the skiing leg was Steve. As I didn’t take part in this leg, I can only comment based on what Steve said and footage from the GoPro we had attached to my bike helmet which he was wearing. So first off was the 100m run, in snowboarding gear, through snow, with 150 other competitors. I think the politest thing that can be said about Steve is that he’s not much of a runner in the best of conditions. The first 50m went relatively well but it appears that a combination of initial adrenaline wearing off, being stabbed a number of times by other competitors ski poles and ultimately being over taken by a number of 10 year olds, eventually slowed him down to a heavily breathing, walking mess. He eventually located his board and after a bit of a faff getting strapped in, finally got moving towards the beginning of the ski run (such was the extent of the faffing that watching the GoPro footage back that evening, I found myself yelling at the screen ‘FUCKING COME ON!!!’. Momentarily forgetting that it wasn’t a live feed and the race finished several hours ago).

Switching perspectives to me, I was based at the bottom of the ski run, in the designated transition point where I would continue the race on the bike once Steve arrived. Being able to see the ski run from where I was stood, it appeared to be complete carnage as a hundred odd people tried to negotiate the slalom flags down the length of the run. There were people sliding and rolling all over the place, wiping out flags and other competitors in the process. After the first wave came through to change onto the bikes, Steve arrived a bit dazed and covered in snow and ice. He mentioned something about it being really icy up there but I wasn’t really listening as I took the numbered jersey and bike helmet from him and jumped on my bike for my section of the race (watching the GoPro footage back it appeared he had been one of the many competitors that had fallen and banged themselves up a bit. Including a hilarious fall towards the end of the track that looked like it really hurt). There appears to be a number of techniques for a fast transition between the ski and bike section, such as being on the bike ready to accept the numbered jersey as your team mate arrives, having all your gear in place, and being in a designated spot so you can find each other easily. Steve and I opted for the ‘I shout and wave while he looks around confused, unable to find me. Have a quick chat regarding how icy the run is and then me scrambling around trying to remember where I have left my bike’. 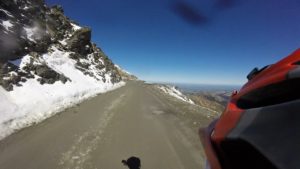 Finally my leg of the race began. Now, considering it is a ride down a ski field access track, it was a bit of a surprise when, for the first few 100 meters, I was having to pedal up hill. Something I had failed to notice on the drive up was that the access track didn’t have a constant gradient all the way to the top. Which meant that with all the adrenaline and excitement of riding off, I was completely knackered before even completing a kilometer of the 18km bike section. The second mistake of the ride was to not adjust the strap on the helmet after Steve handed it over to me. I think the second politest thing you can say about Steve’s large head is that it is…large. Which became a problem as the strap was too large for my proportionally sized head, resulting in the helmet fitting like a sombrero and sliding down the back of my neck. Under normal circumstances I would have stopped to adjust it, but I was in racing mode at this point so instead opted for the more time savvy, yet ultimately more dangerous approach of adjusting it with one hand whilst trying to maintain control of the bike, at speed, with the other. Safe in the knowledge that if I was to come off at that point, the helmet would provide ample protection for the back of my head and neck, and nowhere else. 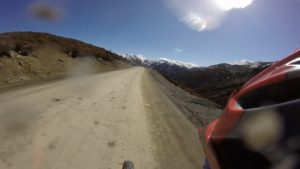 It wasn’t long before I was passing the odd person along the way, including some poor guy who had a puncture about half way down and didn’t appear to have the equipment to fix it. Meaning he had at least a 10km walk to where the next transition stage was. I would have offered him some help, but you know, I didn’t see anyone offering to help with my helmet, so I assumed we were working to ‘Prison Rules’. Which was the same reason why I slashed his tyres earlier in the race.  Eventually I made it to the end of the biking section and to where Logan was eagerly waiting. Seeing as Logan wasn’t up for wearing the bike helmet with the attached GoPro for the run, I can only comment on what he mentioned afterwards (personally I thought it would have been comedy gold for him to run with a bike helmet on, looking like a very safety conscious runner, but he failed to see the funny side). We opted for a similar transitional technique to that which Steve and I had done earlier, commenting on the nice weather and what not, generally faffing about a bit before he proceeded with the rest of the race.

Much of the running section was off road, running through river beds and fields. There was a section where you had the choice of jumping into a river and swimming across or opting for the bridge further down stream that added about 10 minutes to your time. Logan, like most people, plumped for the stream option, which would have made a good GoPro shot had he decided to not be a spoil sport and run the entire race looking like a tool, for the sake of an entertaining 3 second shot of him jumping into the river. Cold and wet but not hindered by the additional weight of a bike helmet and attached GoPro, he strode his way to the finish line where he was met with a fire engine spraying people with industrial strength hose pipes, hot air balloon burners lined up firing bursts of fire into the air for some reason, and a cold bottle of shite tasting beer; I would like to add a slight criticism here that we only got one bottle of shite tasting beer per team, which seemed a little unfair seeing as it was, by definition, a team effort.

The day ended with us chatting about each of our sections over nice tasting beers (we went and bought some) with me and Steve stood in down jackets, nice and warm, while Logan stood shivering in saturated clothing as he’d forgotten to bring a towel and change of attire.  I would have offered him the spare change of clothes I had brought but, you know, Prison Rules applies to all. 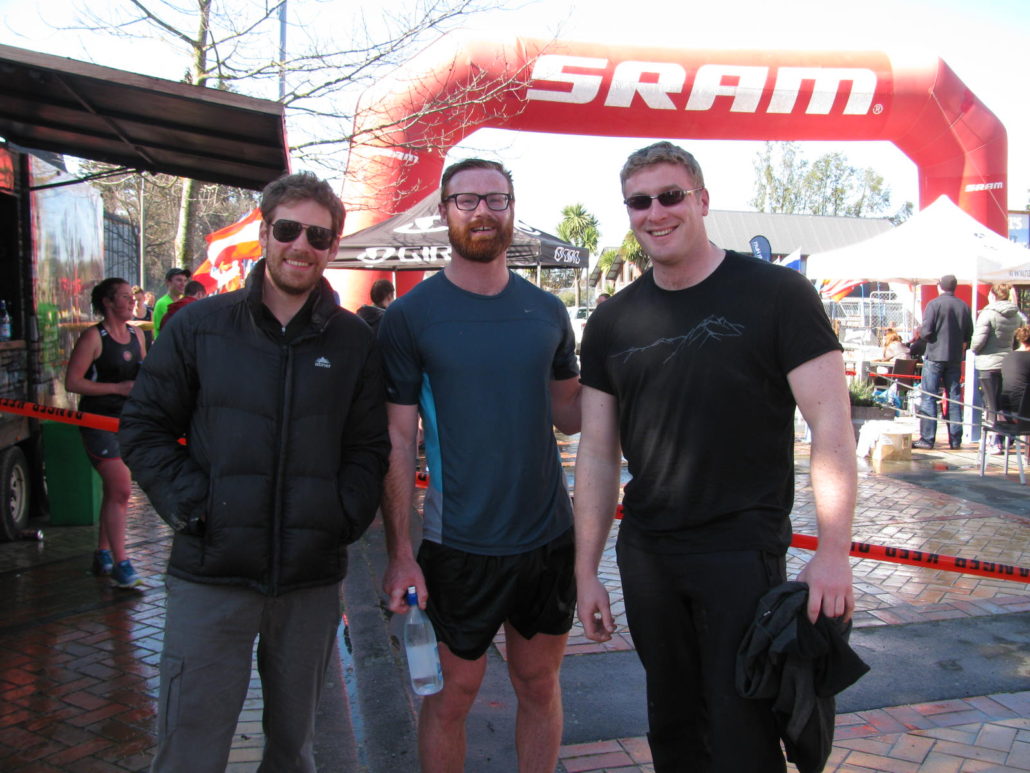 Team Photo at the Finish Line

One Long Day at Craigieburn