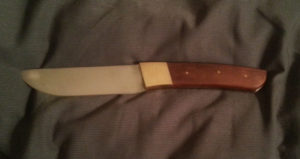 So there we were, on the West Coast of the South Island of New Zealand, making knives. Actually, let me correct myself there, ‘forging’ knives, and we thought, how about we ride a section of the West Coast Wilderness Trail – a two to three-day bike trail that starts at Greymouth and works its way through Kamara, Cowboys Paradise (more on that later) and Hokitika, eventually ending in Ross.

From what I had read and heard from people who had ridden the trail before, the most scenic section was between Karmara and Cowboys Paradise (more on that later), so that’s the bit we decided to ride. The plan was to start at Karmara and cycle the 30 odd kilometres to Cowboys Paradise (more on that later), spend the night there and cycle back to Karmara the following day. All the while soaking up some of that scenic-ness.

The first thing we noticed once we had set off was the large number of signs telling you not to do that, put that down, oi – what you doing with that, etc. In the space of 2km we had passed the following signs: No Parking, Warning Mine Shafts, Stay on the Path, No Swimming, No Climbing, No Touching, No Fun Allowed, You are Not Above the Law, I am the Law and You Can’t Handle the Truth. This theme of killjoy and restriction kind of went against what I had in mind when riding a trail with ‘Wilderness’ in the title. And when coupled with the fact that the West Coast has a reputation for lawlessness and rebelliousness, I kind of assumed we’d be fending off bandits with our new knives and if we were lucky, get to wrestle a Kiwi bear or something. As instructed, we continued on in silence while maintaining a responsible speed and distance between one another. 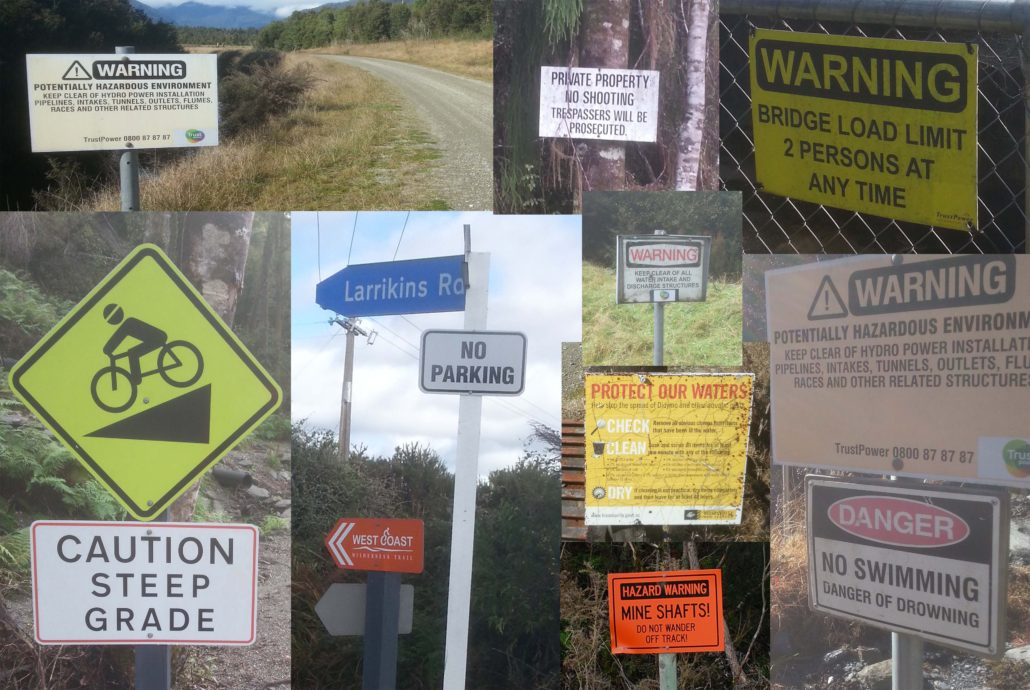 Around 80% of the trail between Karmara and Cowboys Paradise (more on that later) is on wide, gravel tracks that are generally used for 4×4 access. It doesn’t make for overly interesting riding, and we kind of just trundled along making small talk and wondering when we’d get to use our new knives. At times the trail turns off into the forest and you get a taste of what it would be like to ride a decent, interesting trail. That tended to last just long enough for you to start enjoying it before returning you onto the gravel road again for another stretch of dull riding.

The kilometres slowly passed by, mainly due to the trail being on a gradual incline towards Cowboys Paradise (more on that later) and also because each kilometre is marked, which is kind of the equivalent of clock watching, where depending on mood at each marker, it can either perk you up, or drive you to snap each one over your knee as you pass it.

Due to the general lack of interesting things to look at and fun things to do (thanks again to the anti-fun signs) I found that I had to use my imagination a little. For instance: 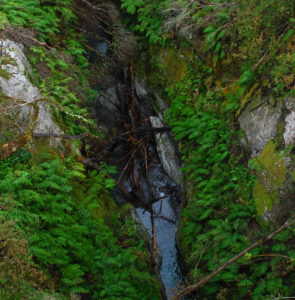 This is a spider trying to escape a gorge 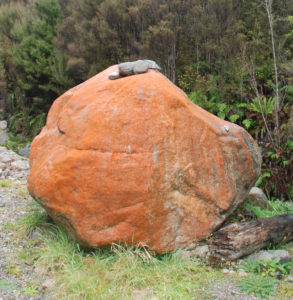 This is a blue rock 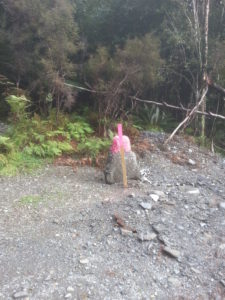 This…….I don’t know what this is 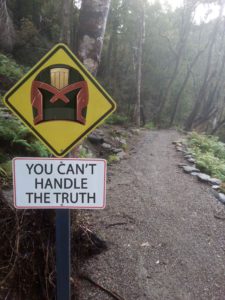 This is a sign saying ‘Go Have Some Fun’

Eventually, we arrived at a sign indicating 6km to Cowboys Paradise (more on that later) and our spirits picked up. This happened to coincide with the trail taking on a more downward facing gradient which culminated in a great little section of freewheeling through the forest, knowing that a rooting tooting good time lay just around the corner. 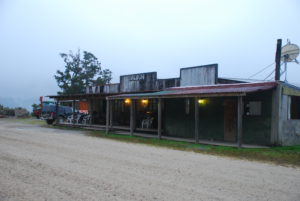 Which leads us to the final disappointment of the day, Cowboys Paradise. On first impressions there seemed to be very little Cowboy or Paradise found in this place and a more accurate description would have been something along the lines of ‘Abandoned Building Site’. Now maybe I’d built it up a bit, but I think its fair to say that if you think of a Cowboys Paradise you either think of a gay bar (which frankly I would have preferred as it would have been far more entertaining), or some kind of Western themed area lined with Goods Stores and Whore Houses. Maybe an outlaw hanging from a noose, swaying gently in the breeze. But no, the only thing that implied that this place was at all Cowboy related was a building with swing doors and ‘Saloon’ painted on the front. Which on that note, just because you paint Saloon on the front of a building, doesn’t make it so. 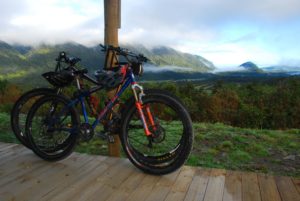 Once we were shown to our room (which in fairness had quite a scenic view) and got ourselves sorted, we wandered back into the ‘Saloon’ and after perusing the worrying number of gun related magazines and books stacked up on the side, opted to play cards until dinner was served. Over dinner we made small talk with another family who were also spending the night and the husband mentioned how he quite liked the place, describing it as ‘unpretentious’ in its simplicity. Which I can see where he was coming from, it is what it is, which is fine. But when what it is isn’t very good, then describing it as unpretentious is just another way of saying ‘it’s a bit rubbish’. Which I guess was my feeling on the place. Give it a good decade or so, I’m sure it will be a real fun place to visit, where you can immerse yourself in the traditional cowboy way of life of malnutrition, alcoholism, STI’s, bar room brawls and gun fights. It just needs a bit more time.

Needless to say, we didn’t really hang about the following morning 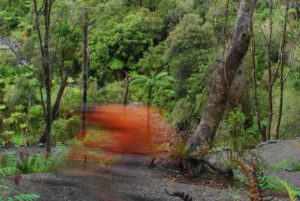 and just got the hell out of there. The riding back was actually quite pleasant, with the sun uncharacteristically shinning for the West Coast and the trail generally pointing downhill back to the car. The highlight of the day was spending far too much time getting a photo of me riding the trail, so we could actually make use of the tripod that we brought with us. The result was pretty average. Which works nicely as a closing metaphor for the track as a whole. I think my issue with the trail and Cowboys Paradise is that it implies to offer more than it delivers. A trail shouldn’t have ‘Wilderness’ in the title if sections require you to ride alongside busy roads. Or that the inviting water holes are covered in ‘Do not Swim’ signs. Or a Paradise that has abandoned, rusting, heavy machinery lying about the place. 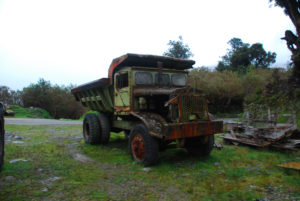 And its not that I felt the trail wasn’t challenging enough in terms of gnarliness and general fist waving extremeness. We rode the Rail Trail up in the north island and it was really nice… because my expectations were adjusted accordingly based on the entirely accurate trail marketing. I think if the trail had just been called ‘West Coast Trail’… or ‘Trail’, or maybe ‘Just Don’t Bother’, it perversely would have been more enjoyable. Which is an interesting thought to end on.

(For those of you who didn’t get the Judge Dredd / A Few Good Men joke, please refer to this website)

One Long Day at Craigieburn
Scroll to top