I leapt forward again, hoping this time to land on firmer ground, but to no avail. Once again I was up to my furry chest in marsh water. I sighed and looked over towards Rusty, who was opting for the ‘head down and go’ approach, weaving his way through the pedestals of reeds. Glancing up at Ian, who was currently fighting with the marsh over who had ownership of his right shoe, I reminisced of a another time, all of ten minutes ago, when we were on a lovely dry path, enjoying our day.

Today’s exploration would be of Lake Emma, located within Hakatere Conservation Park. Ian had come across it on an earlier trip to Mt. Sunday, and from what he told us on the drive over, it was going to be an easy walk following a 4×4 track around the lake, ending at the unimaginatively named Lake Emma Hut. 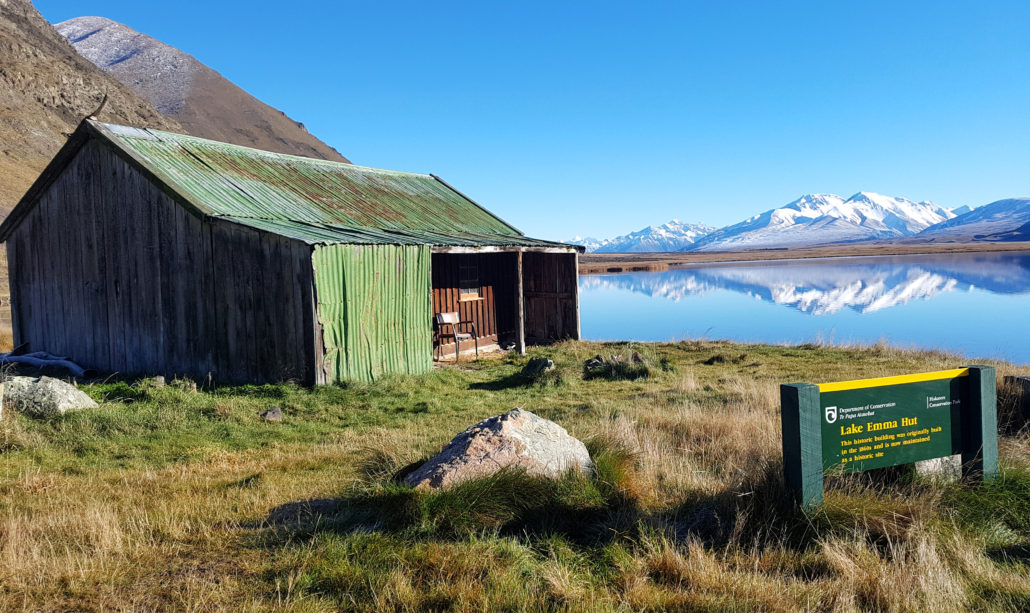 However I was more concerned about the weather, as I stared out of the truck rear window into the dark and damp morning. ‘Maybe it won’t be that bad once the sun comes up’, I hopefully mentioned to Rusty, who stretched himself out further across the back seats in agreement, and fell back to sleep. The morning light of the rising sun served to only dash my optimism, as the moody looking grey clouds above us were illuminated. Undeterred, Ian continued to point us in the direction of the mountains and we sped across the flat, flat Canterbury Plains.

I drifted in and out of concentration, as the hypnotic properties of the endless fields spread out in all directions. I casually looked ahead and saw what appeared to be a thin slither of blue sky on the horizon. With a small sense of hope growing inside me, I nudged Rusty to show him the exciting new development. Barely lifting his head from the seat, he took one look out the window, and then at me with a facial expression of ‘you woke me for this?’, and went back to doing what he does best.

The distant slice of blue steadily grew in thickness as we approached, and in no time at all we had broken through the greyness and into dazzling blue sky. Ian nodded in approval and slipped his sun glasses on, no doubt attempting to imply that he knew this would happen all along. Or he was attempting to look cool. Whatever he was attempting, it really wasn’t working.

We turned off the gravel road that had previously taken us to Mt. Sunday, and followed a bumpy 4×4 track for several minutes before coming to a stop and being released. The cold, miserable climate of Christchurch had been replaced with the fresh, crisp air of Hakatere. Rusty and I did a quick perimeter check for Ice Cream Vans – a reference that will only make sense if you’ve read the Mt. Sunday adventure – and happy that the coast was clear, we embarked (clever pun intended) on the walk. 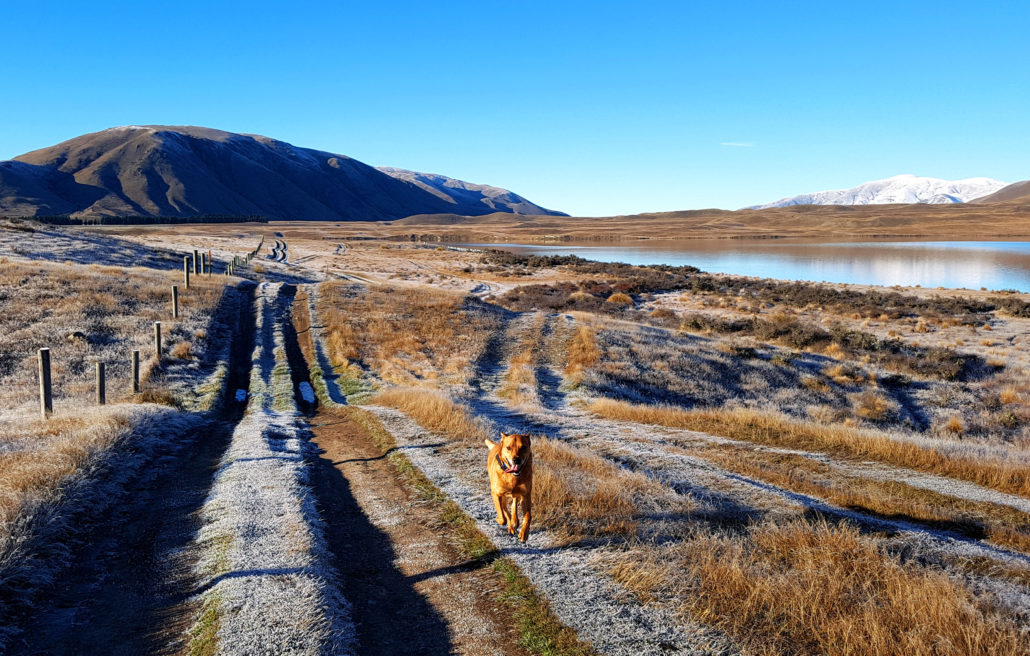 Setting off towards Lake Emma Hut

Located at the base of the Harper Range and hidden from the road, Lake Emma is peaceful and sedate. Mt. Harper is reflected in the calm of the lake, and views all the way to the snow-capped Cloudy Peak Range can be enjoyed. However Rusty and I had no interest in this, as we set about playing in the morning frost – ‘poor man’s snow’ as Rusty calls it – and gradually made our way round to Lake Emma Hut.

The ramshackle hutThe 4×4 track slowly undulated its way round to the hut, providing excellent views over Lake Emily and down into the valley. Arriving at the ramshackle hut, Ian disappeared inside while Rusty and I busied ourselves with a spot of swimming and general, good-natured frolicking. Which was fine until I jokingly referred to it as such, at which point an evidently sexually insecure Rusty decided he was done and it was time for lunch. Ian emerged from the shack, shrugged his shoulders unimpressed and sat himself down to enjoy the view and the warmth of the day. 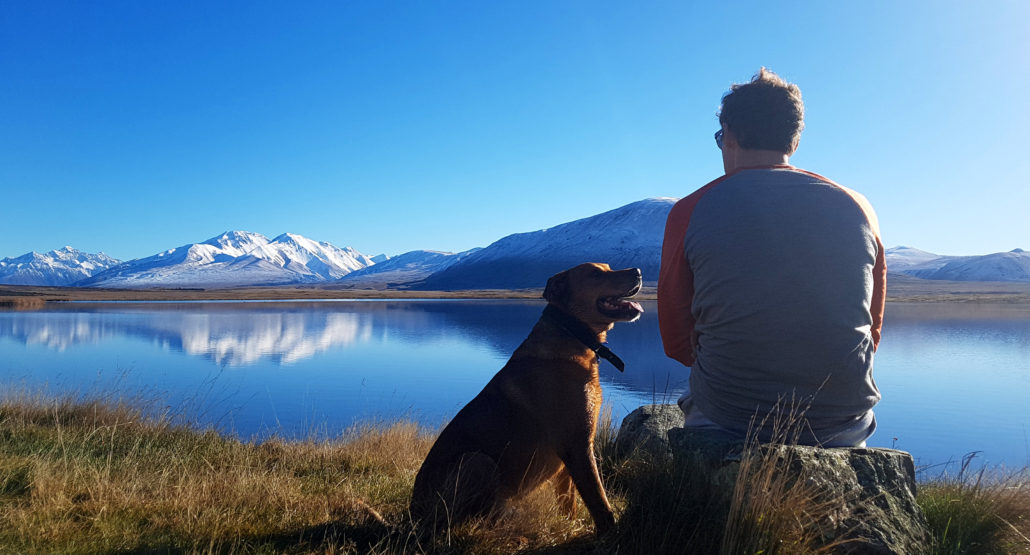 Took this when they weren’t looking 🙂

Suddenly he announced that we were going to arrange a Bitchin’ Beer Treats photo shoot, requiring Rusty and I to join him by the lake. Obviously not looking my best, as a result of the aforementioned manly frolicking, I decided to freshen up by jumping into the lake. Emerging from the frigid water, I gestured to Ian to bring over some grooming products and kindly spruce me up so I was able to look my best. He, and Rusty for that matter, just stared at me blankly. I’d obviously underestimated the hut’s facilities. In typical, obstinate fashion, Ian continued with the photo shoot regardless, as I sat there looking ridiculous next to Rusty, who spent the whole time with a stupid grin on his face. 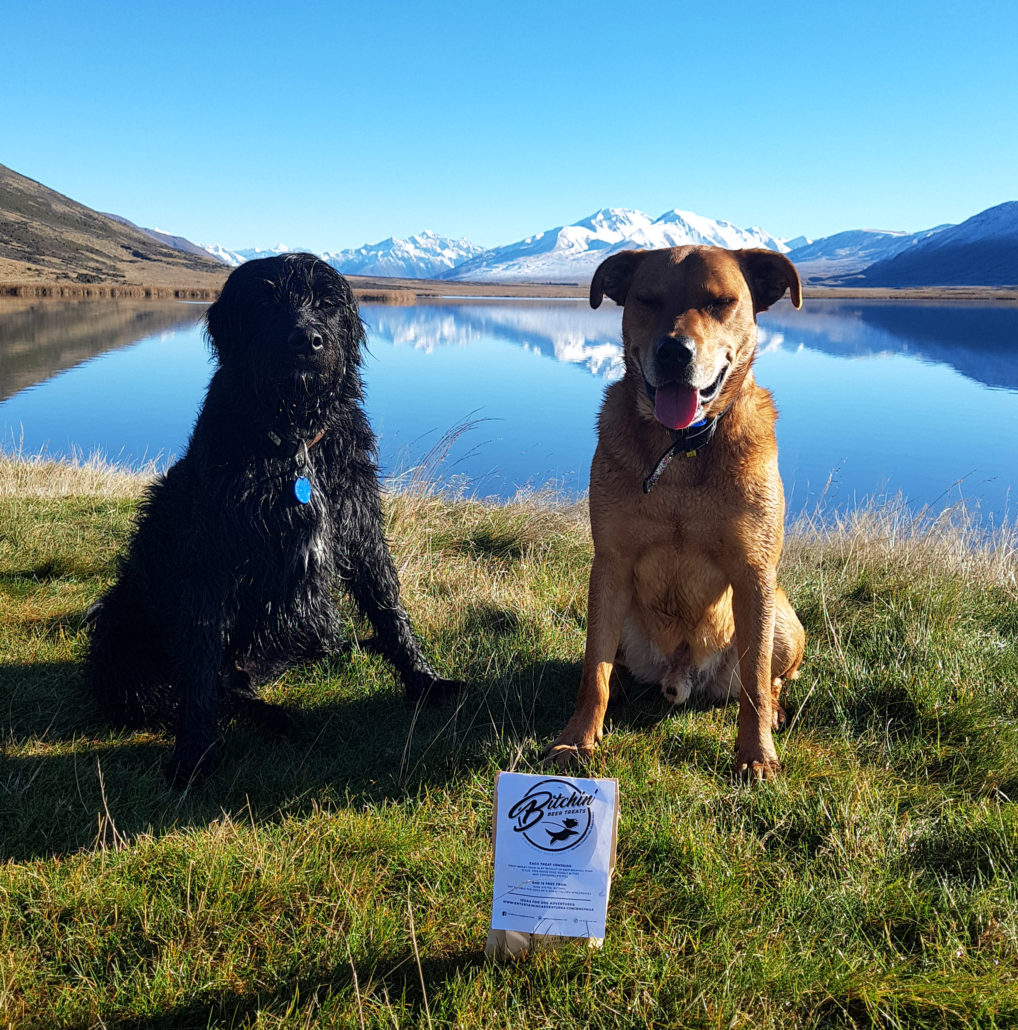 God I hate that dog

The shameless product placement exercise over with, Ian took out his map and began ruffling his brow. He looked left down the track we had just walked in on. Then right, up the track that traversed around the other side of the lake. Then back at his map. With a nod of his head, he confidently folded it up and we set off to the right, to continue on around the lake, which is about where things went from bad to worse.

The 4×4 track continued, and started well enough, but it became evident that it was beginning to take us away from where we had parked. As the path continued off perpendicular to the truck, Ian decided that instead of just turning around and heading back the way we came, using the easy to follow, well defined path, he’d just straight line it through what was clearly marked on the map as marshland. ‘Can’t be that bad’, announced a still confident Ian, evidently rhetorically as he set off before Rusty or I could object.

The view further around the lake with Mt. Taylor in the background (and some lovely reflective work in the foreground)

After twenty minutes of wading through belly-deep water, I felt it was probably as bad as I had expected, seeing as it was a marsh, located next to a lake, in a depression in the landscape. Undeterred, most likely out of stubbornness, Ian pushed on, occasionally getting his walking poles stuck or stumbling forward into the brown, cold water. ‘I’m fine…’, informed Ian. Neither of us looked up, or frankly cared at this point, as we fought our own battles negotiating the reeds as we inched closer to the truck.

Emerging from the marshland muddy, out of breath and with a renewed dislike towards Ian and everything he stands for, we were ushered into the truck and driven back to Christchurch in silence. It could have been such a nice day. 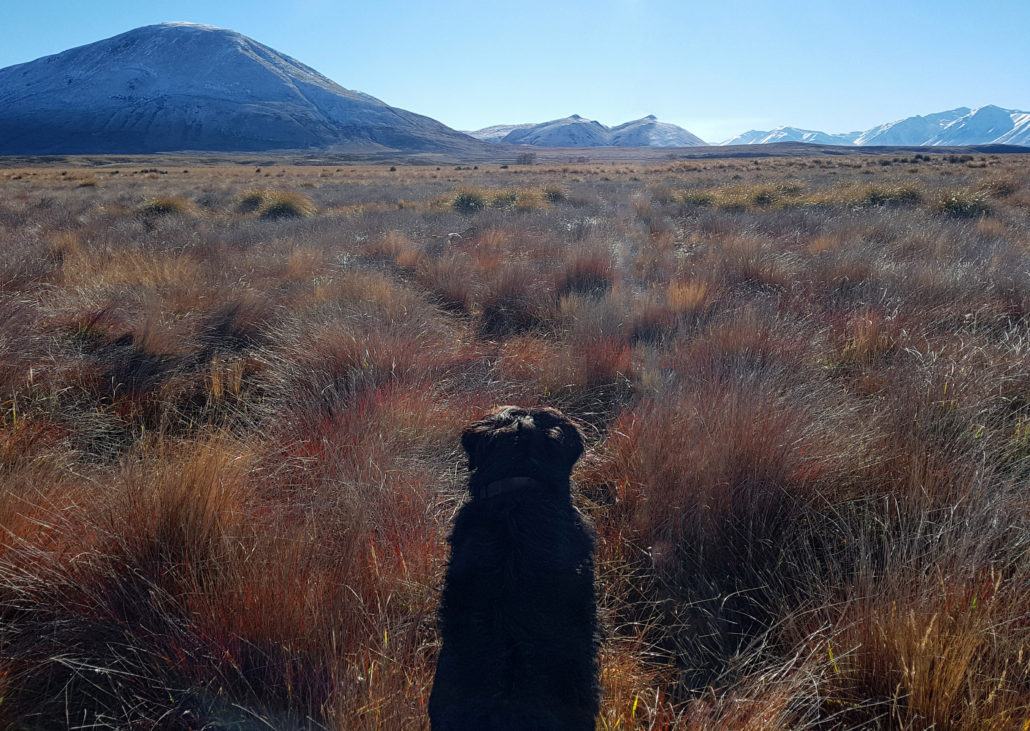 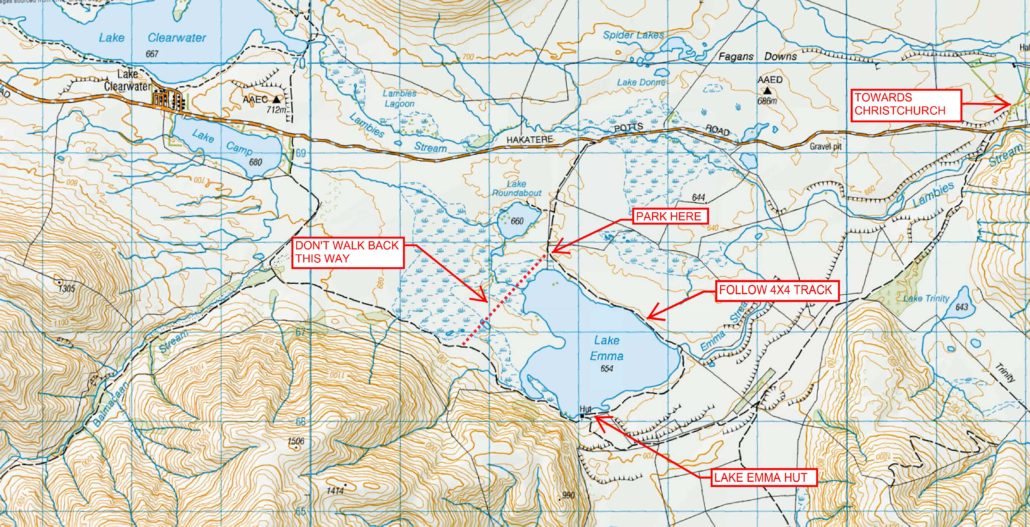