Now don’t get me wrong, as you may have noticed from the many other Dog Tails, I love a bloody good adventure like the rest of them. But sometimes it’s nice to slow things down a little. Like a ballad in the middle of an 80’s mullet rock album, or an unnecessary sub-plot in the film True Lies, it can be good to just take a weight off.

As I lay sprawled on the sofa, getting up to speed with the latest season of Orange is the New Black, and enjoying some homemade strawberry daiquiris, I casually explained this concept to Ian. He looked a little dejected at first, standing in the doorway with his walking poles in hand, and camera around his neck. But he came round, which is how we found ourselves casually strolling along the Nature Trail in Hanmer Springs.  A short, 20 minute walking trail, which can easily be completed in 10 minutes, which is only a five minute drive from town – a lot of numbers which basically add up to a short intermission between New Black episodes and more daiquiris. 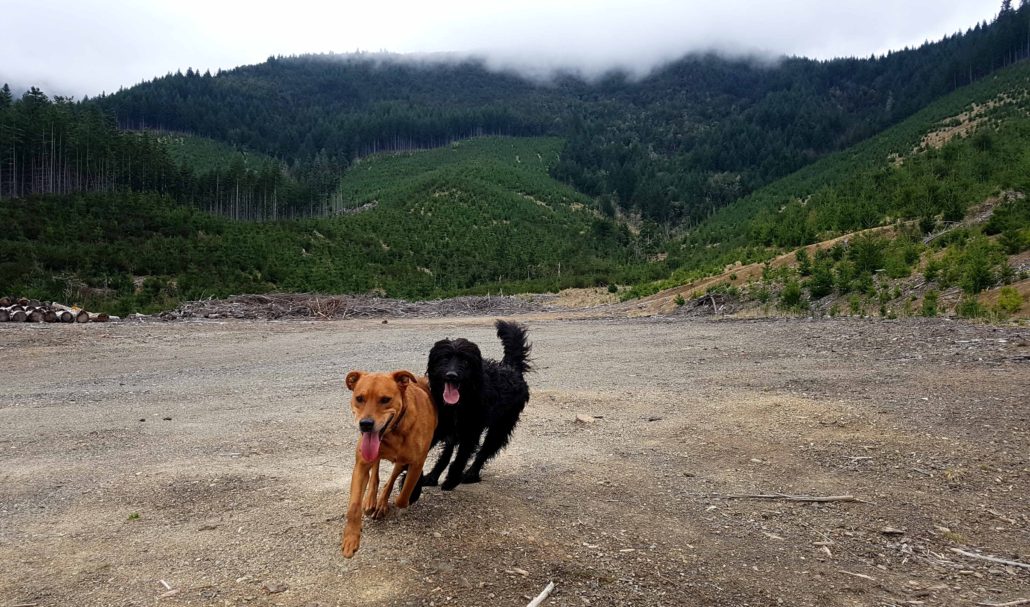 In keeping with the brief outing, the accompanying account shall be equally short.

It was pleasant. A bit morbid, but pleasant.

What? You want more?

Unfortunately there were no hot air balloons, ice cream vans or missing people. No new bags, or shoes. It was just a walk.

There was this weird thing where someone at some point had decided to label everything on the path with strange names. It first came to my attention when, for some reason, they had named the bridge ‘Hebe’. 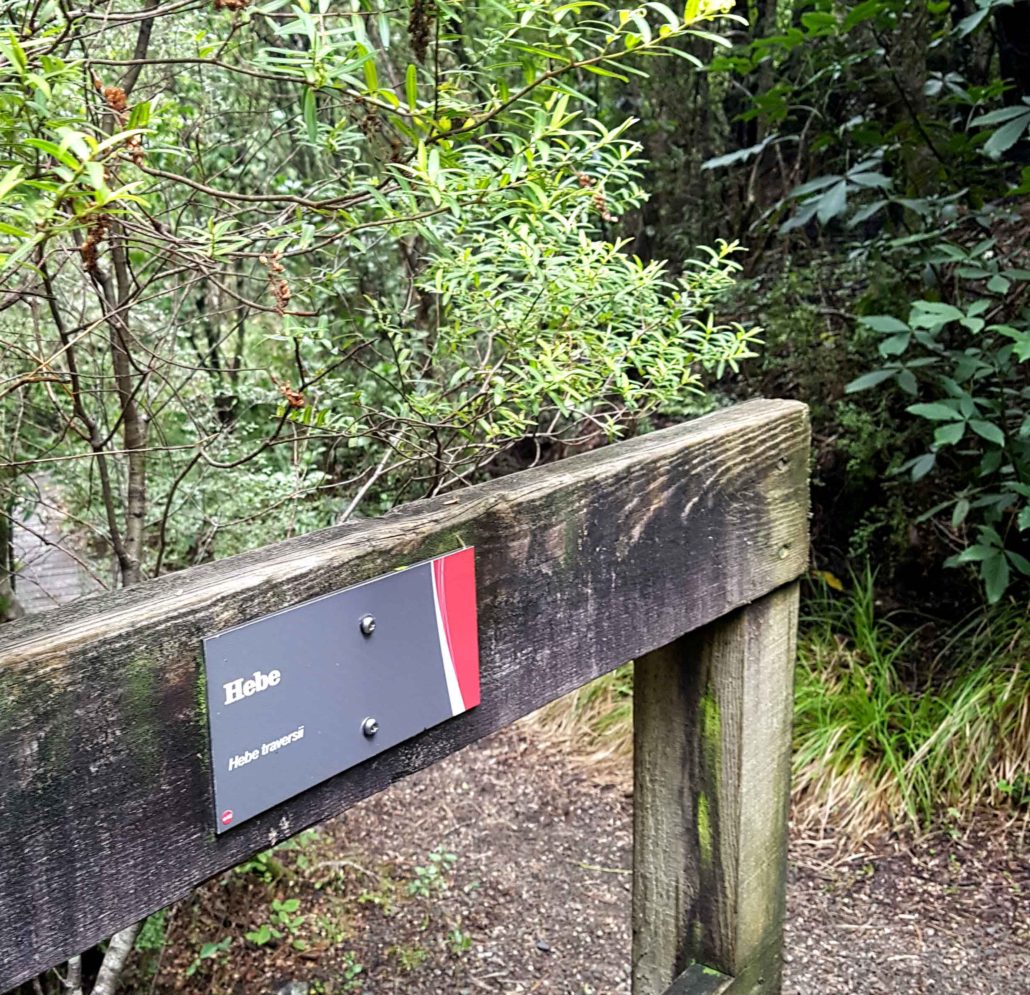 Later, we noticed several other plaques for oddly named people, such as ‘Twiggy Coprosma’ and ‘Prickly Mingimingi’. It then dawned on me; this was a walk through grave yard. Of course, the bridge had been built in honour of Hebe, presumably a generous donator to the trail. These small plaques we passed were actually head stones to some fallen naturists, whose dying wish was to be returned to the forest that they had once loved. 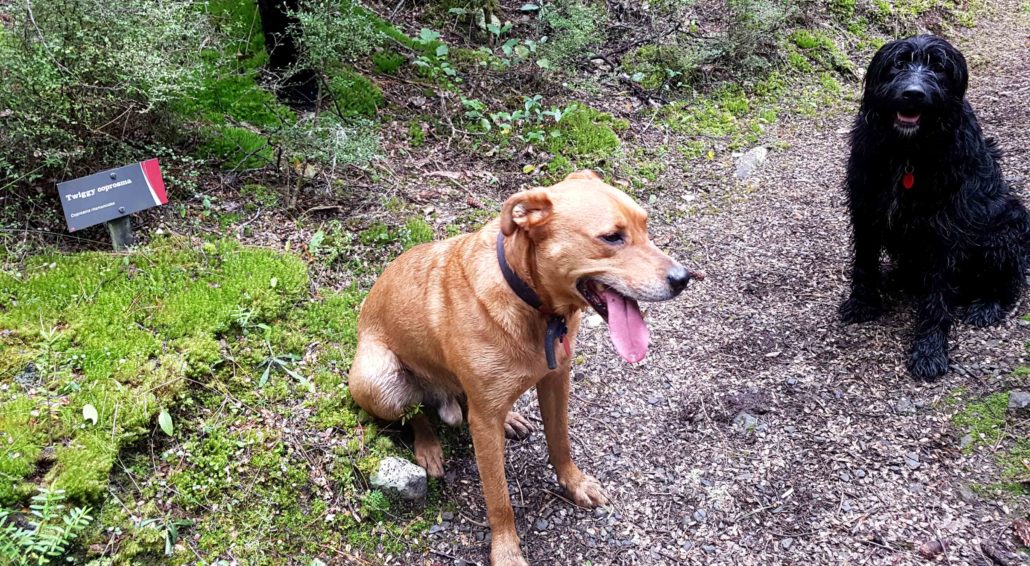 At the grave of the fallen Twiggy Coprosma

Oh, and I think I may have found some secret pools too. 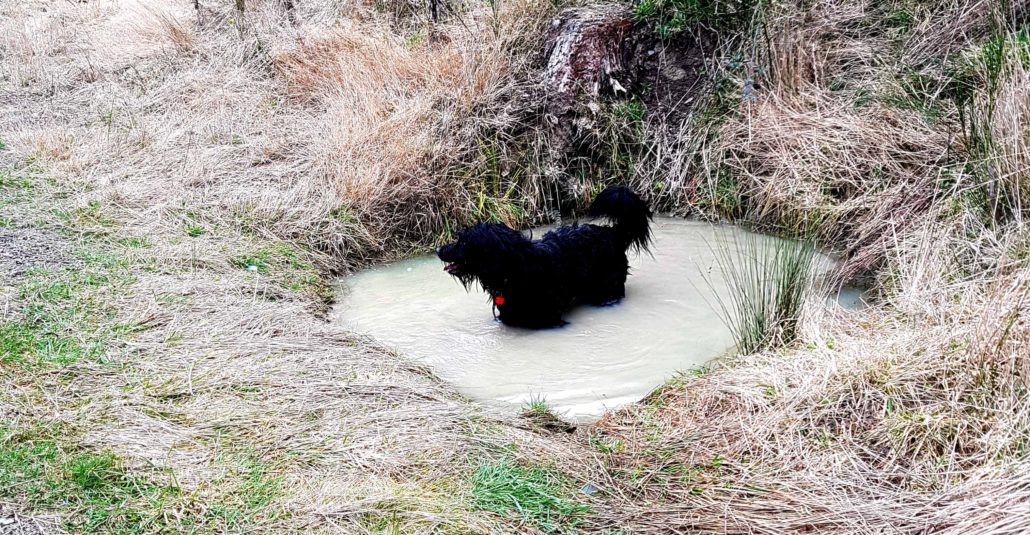 Distance: Not very much

Elevation: Not a lot 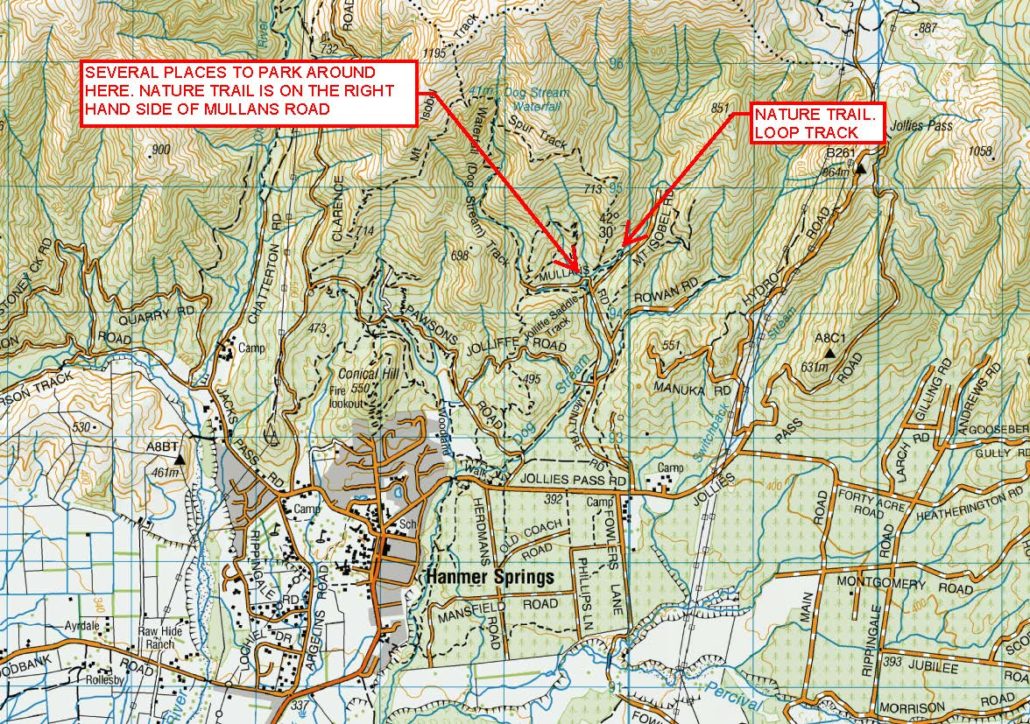